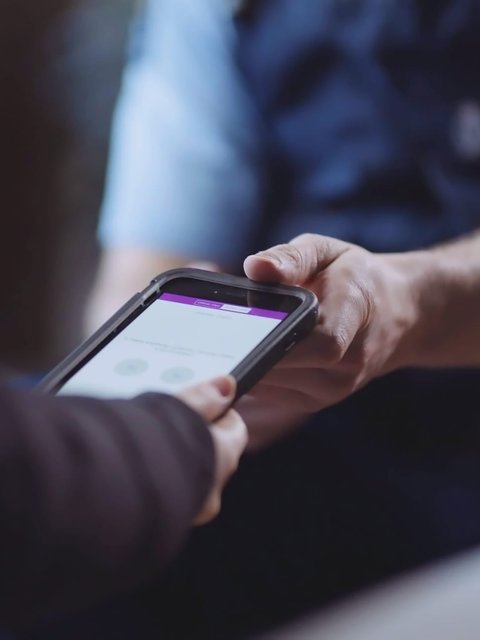 Family Harm is an award-winning iOS app we designed with New Zealand Police to help tackle the single biggest social issue facing New Zealand today. Domestic violence contributes to approximately half of all violent crime in New Zealand and accounts for over 40% of frontline police time.

The relationship between Smudge and New Zealand Police dates back to 2014, when we began designing an iOS app called OnDuty, which has since revolutionised the way New Zealand's frontline police collect, access and act on information in the field. Family Harm is an app within the OnDuty suite that became operational in mid-2018.

Bronwyn Marshall, acting Superintendent Safer Whānau, describes the value the app has brought to the process: "The Family Harm app replaces a 13-page paper form, which took officers around 40 minutes to complete". With around 130,000 episodes of family harm occurring in New Zealand every calendar year, the app effectively banished more than 1.5 million pages of paperwork overnight.

To better understand the needs of users, the Smudge team spent hundreds of hours shadowing frontline police across multiple towns and cities, and some of our team co-located to the Royal New Zealand Police College in Porirua.

In partnership with NZ Police, we set up a design lab where our team workshopped real-world scenarios, bringing in actors to play the roles of victim and perpetrator.

With the Family Harm app, officers arriving at the scene are more prepared than ever before. Supt Marshall explains: "The information we have [in the app] is live from the National Intelligence Database, so officers at the scene can be working on an investigation at the same time. A supervisor can also view what’s going on in the investigation and provide input, even when they’re away from the scene".

The app gives frontline officers useful information such as historical episodes at the same location, providing them with valuable context in what is often an ongoing chain of events. Police describe having this additional context as an "eyes wide open" approach that is paying huge dividends.

Helping everyone in the ecosystem

In many cases, the victim of a family harm investigation is not willing or able to speak for a variety of reasons. To solve for this, we created a solution using a locked-down kiosk mode within the app, which enables victims to give attending officers information without speaking. Supt Marshall adds: "We’ve developed this feature in English and Te Reo, with a hope to the future that we’ll develop it into other languages. This is especially important as New Zealand becomes more multi-cultural".

Prior to the Family Harm app, information could take several days to be entered into police records. Today, alerts generated at the scene are automatically sent to the National Intelligence Database, giving instant visibility of an investigation to the entire organisation.

Now the Family Harm app is fully deployed, we plan to improve it further as we receive real-world feedback from frontline officers. In particular, the ability for New Zealand Police to share data between agencies such as ACC and Oranga Tamariki will help keep our communities even safer.

It’s pretty exciting that our staff have been given the permission to do things differently at the scene. We’ve also given them a tool that enables them to do that. To me, that clearly exemplifies the care that you can put in when you’re no longer tied up in process.

The Family Harm app has replaced a 13-page paper form, which took officers around 40 minutes to complete. The app has effectively banished more than 1.5 million pages of paperwork every year.

The victim of a family harm investigation is often unwilling or unable to speak at the scene. Using a locked-down mode within the app, victims can give attending officers information without saying a word, even when they don't speak the same language.

The app is directly connected to the National Intelligence Database, giving frontline officers information such as historical episodes at the same location. Police describe this as an "eyes wide open" approach.

When officers are competing an incident report, all known information is pre-populated from the National Intelligence Database, saving thousands of hours of data input every year.

episodes of family harm occur in New Zealand every year.

of violent crime in New Zealand is domestic violence.

pages of police paperwork replaced by the app.